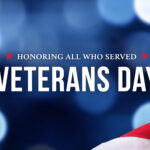 Helping to End Homelessness in D.C.

Transition homeless and at-risk individuals and families to self-sufficiency through housing programs and supportive services.

Rebuilding lives through the elimination of homelessness.

Are you a D.C. Resident in need of Shelter, Housing, or Emergency Services?

The Coalition for the Homeless is a non-profit organization in the District of Columbia that provides specialized transitional housing assistance, permanent housing at two locations for individuals and families, emergency shelter and housing. We invite you to learn more about our programs, services, general eligibility criteria and admission requirements.

Explore one of our programs located throughout District of Columbia.

The Shelter Hotline number is 202-399-7093.   If you see someone outside in need of shelter or a well check, call the shelter hotline. Transportation to the shelter is available 24 hours a day, seven days a week during hypothermia season.

Douglas Robertson became homeless in 1995. Although his family tried to help him, his drug addiction made it impossible.  During the winter of 1998, Mr. Robertson was arrested on suspicion of selling drugs and taken to jail. He was released late the same evening, but it was too cold to stay outside. He ended up at Blair Shelter for Men and stayed there off and on. Mr. Robertson ended up getting sent to jail in 2005 and released in 2009. He was sent to a rehabilitation facility in Washington, DC, for 90 days. Afterward, he was sent to Blair, now a transitional housing program for men.

END_OF_DOCUMENT_TOKEN_TO_BE_REPLACED

Through your donation, you can help create more success stories like this one for residents of the District of Columbia that are struggling with homelessness.